Turkey is, perhaps somewhat unfairly, not particularly famed for its cuisine.

Ask 100 people to list the great cuisines of the world and (outside Turkey) I doubt very much many (if any) would feature Turkish food on their list.
If you ask most people to identify a Turkish dish, I suspect the majority would say a kebab (probably a doner) or Turkish delight.

Born out of the Ottoman Empire, Turkish cuisine is one built on the foundations of fusion. With the empire spreading over the  Mediterranean, central Asia, the Middle East,  Eastern Europe and the Balkan, all these areas have added to the melting pot of Turkish cuisine.

It is big on yoghurt, cheese, soups, bread, eggs,  pastries, veggie dishes, stews and  grilled meat and the meze style of dining is perfect for grazing whilst having a drink. Very much my kind of food.

This brings me to Longa Turkish Cafe  on Whitchurch Road in Cardiff. I have been itching to visit this place for a while and a free Monday (fortuitously it is one of the few places open on a Monday) gave me the perfect excuse (along with the Eat Out to Help Out initiative) for a spot of lunch at this place.

Nice an airy inside, it has a nice feel to it.

with a rather charming explanation of the place’s name on the wall.

They do both eat in and takeaway, with trade seemingly very brisk on both counts on the day of my visit. 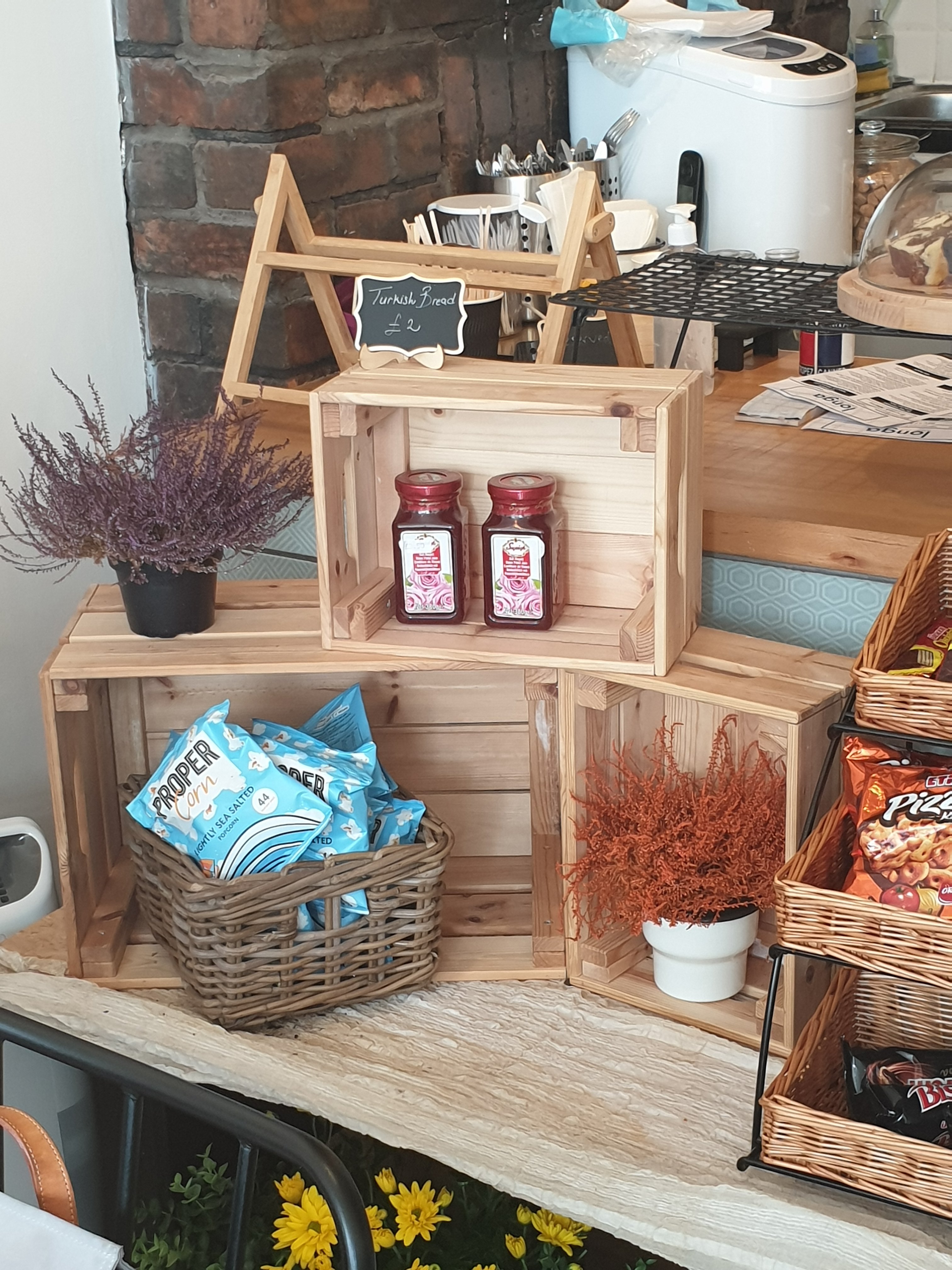 The menu offers a breakfast/brunch option (lots of sausage and egg Turkish style), which screams all day breakfast to me, 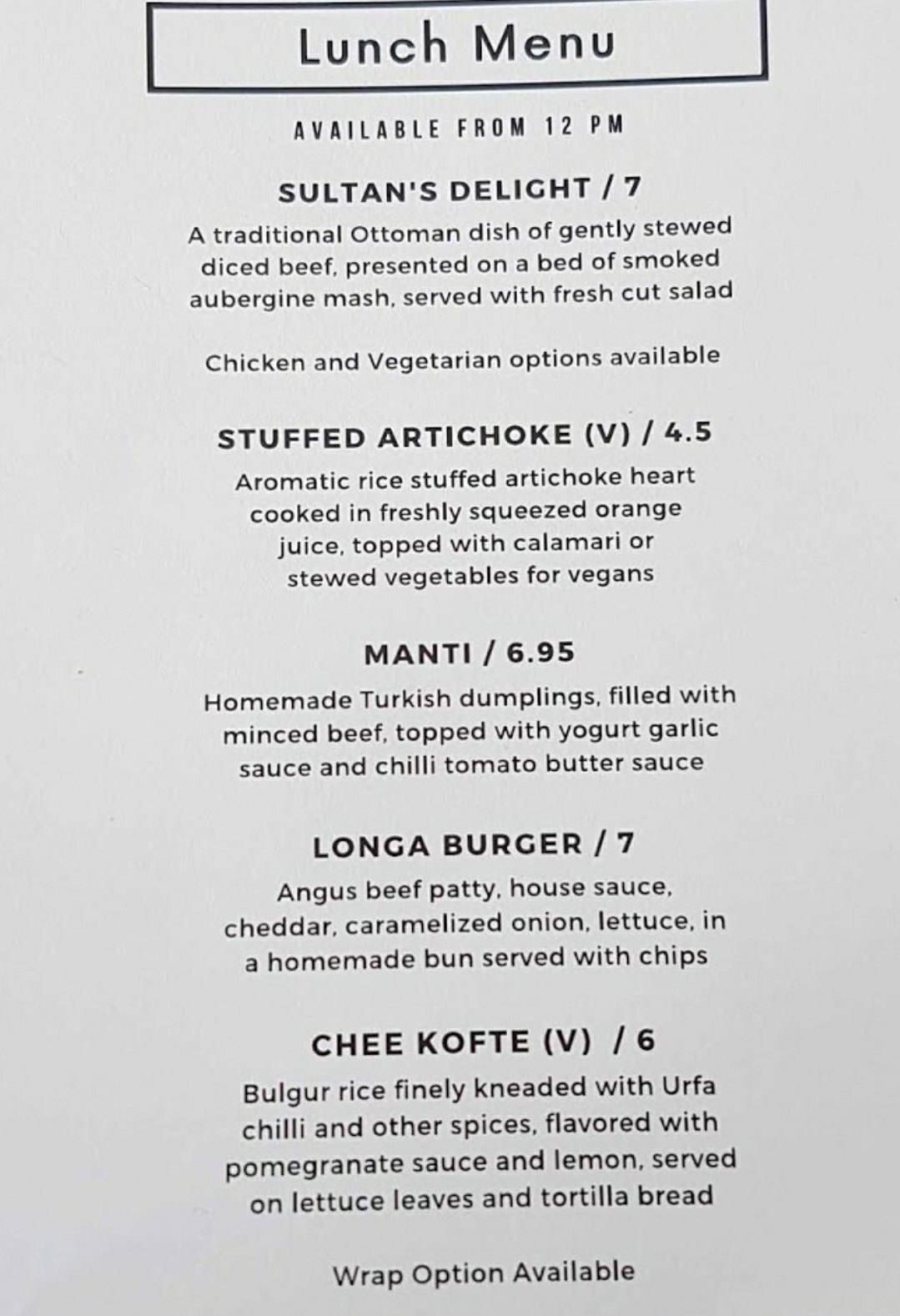 If I had been with Mrs. SF or J I would probably have gone for the meaty Anatolian, but it just looked a tad too much for me.
It seemed that the lunch specials weren’t on at the time of my visit (which was a shame, but understandably in the current situation) so after much deliberation, I decided on the menemen (usually £6.50), to which I added spiced beef sausage (+£1.70).

The menemen was certainly a hearty brunch item, coming in a rather ornate dish. 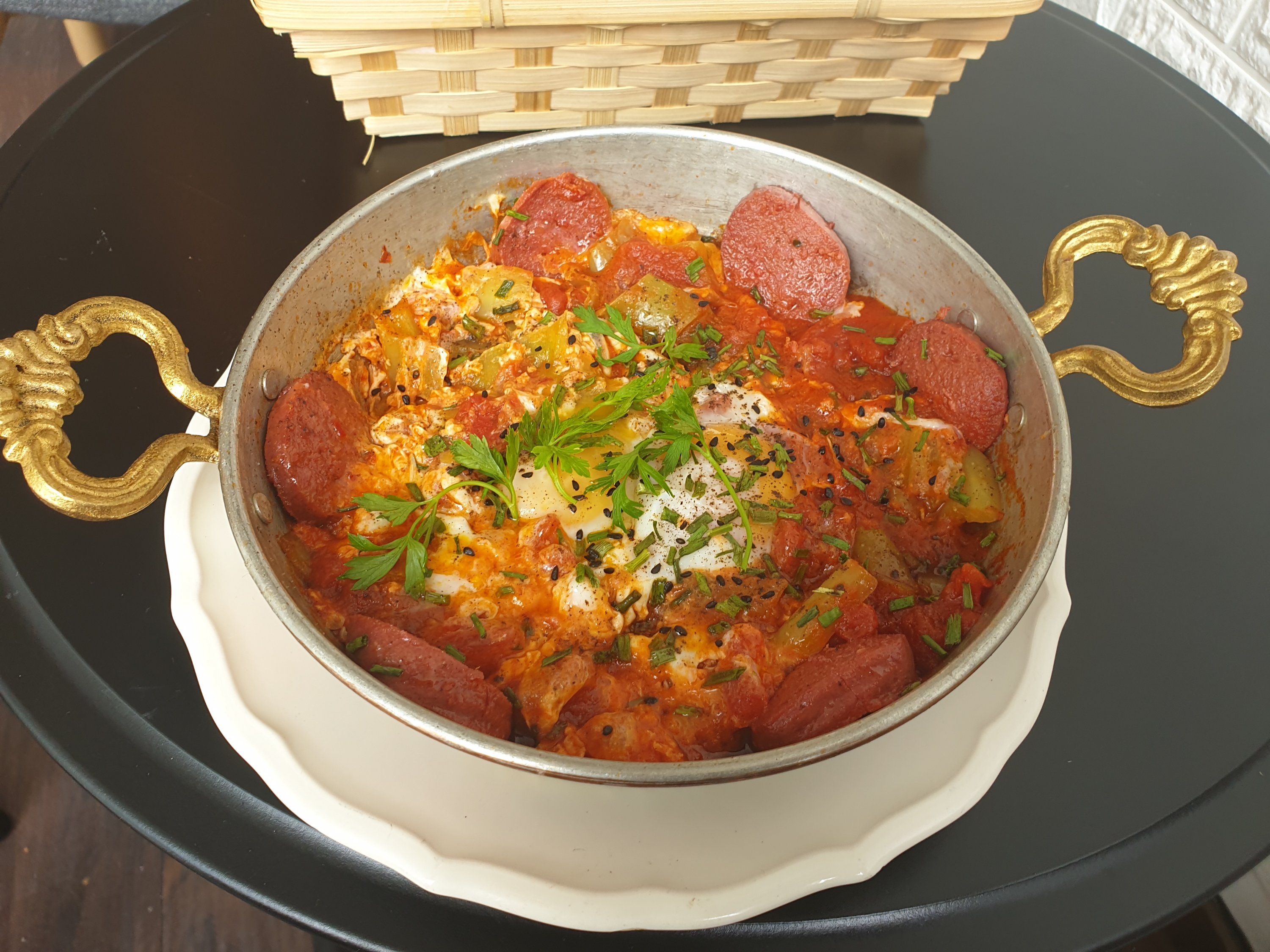 A pleasing ménage of eggs, spicy tomato, pepper and sausage, with a decent hit of spice, it was both pretty to look at and rather tantilising to the taste buds.

I am a fan of the full English/Welsh/Ulster Fry/call it what you will, but I have to say stuff like this make a refreshing and delicious change.

The eggs had the requisite runniness, oozing into the spice laden tomato, pepper and sausage mix when pierced. 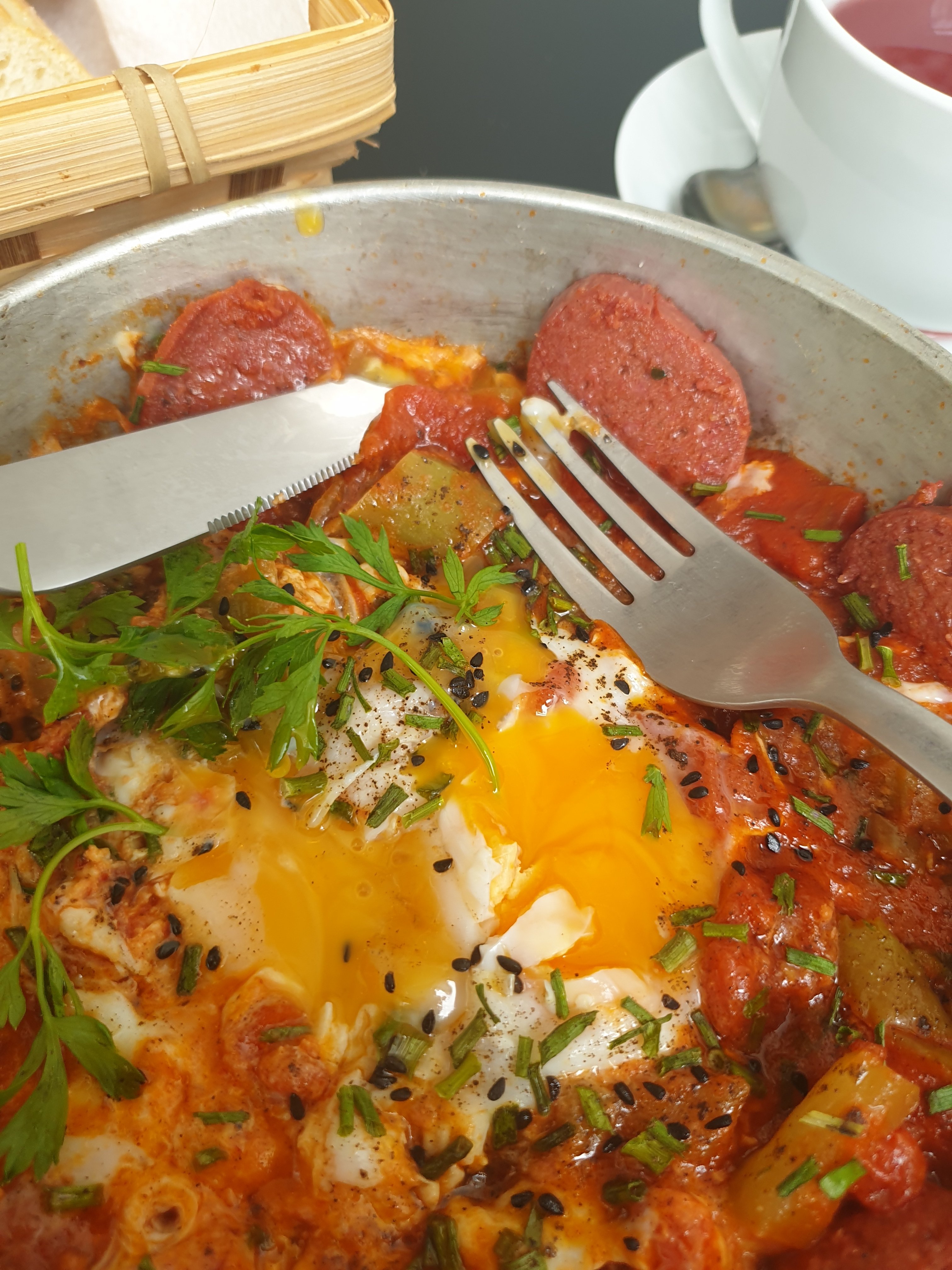 I particularly enjoyed the addition of the Turkish beef sausage,

which added another layer of spicing to the mix.

The menamen came with a bountiful basket of pillow soft bread

Lovely tasting in its own right, it was a perfect vehicle for mopping up the residual tomato and pepper sauce

I think you can tell how much I enjoyed this.

On the drinks front they have a reasonable selection of both hot and cold (non alcoholic) drinks.

Shocking picture, am afraid.  I couldn’t be arsed to get up and get a closer one.

Whilst I quite liked the idea of the pink lemonade, I have from multiple visits to Turkey developed a liking for apple tea.

which had the distinct aroma and taste of sweet ripe red apples (a braeburn sprung to mind).  Was surprised at how nice this tea was bearing in mind it was from a tea bag.

I rather enjoyed my solo lunch/brunch at Longa, with this place offers good Turkish food that really hits the spot.

With the Eat Out to Help Out initiative it was a mere £5.25, which was a total bargain. Only one day left to take advantage and if you do try and  make it an indie (and give a nice tip).

Would I go back? Absolutely  –  now really want to try the lunch menu. The Sultan’s delight sounds very promising (positively delightful I would say) and I also really like the sound of the manti.