Holding out for a gyro? Meat…ing Point, Mermaid Way, Cardiff

One of the myriad of “pain in the arse” problems for dypraxic and dyslexic people, like me, is pronunciation of words (proof reading and spelling are a bitch too, as is general clumsiness, but that is another “typo ridden” story). As readers will be all to aware, I regularly mangle the written form of the English language on this blog and regrettably verbally it can be little different.

My brain often struggles with the pronunciation of certain words and once it settle on one it becomes monumentally difficult to move it from that (being a stubborn, cantankerous, git doesn’t help).

As a result I am physically incapable of pronouncing “satsuma” other than as “sapsuma” (I will even correct people who use the “t”) and it took me decades to forcibly evict “parcark” from my head (still occasionally lapse back on that one)!! There was a long running joke in the office as to my seemingly unconventional pronunciation of Dubai, until a few of us met the head of our office out there who pronounced it exactly as I do. Insufferably smug, self righteousness, didn’t come close I can tell you!!!

Oddly the Greek food word “Gyro”, which presents a bit of a challenge to most non Greeks, was always a no brainer for me. Whilst many people pronounce it heroically (quite apt that) wrong as “Giro/jiro”. My usually misfiring brain read it as “yee- rro” straight off, when such things are usually all Greek to me 😁. Think this maybe because I have a friend in Spain called Virginia, which is pronounced (at least by me – as close as I can get to how the Spaniards pronounce it) as “Birhenia” (shorten to Bibi – much easier). Having got my head around that one, gyro was easy!!

So my pronunciation is good, how about the gyro itself – here as a wonderful combo of sliced grilled meat (cooked on a vertical rotisserie), stuffed with 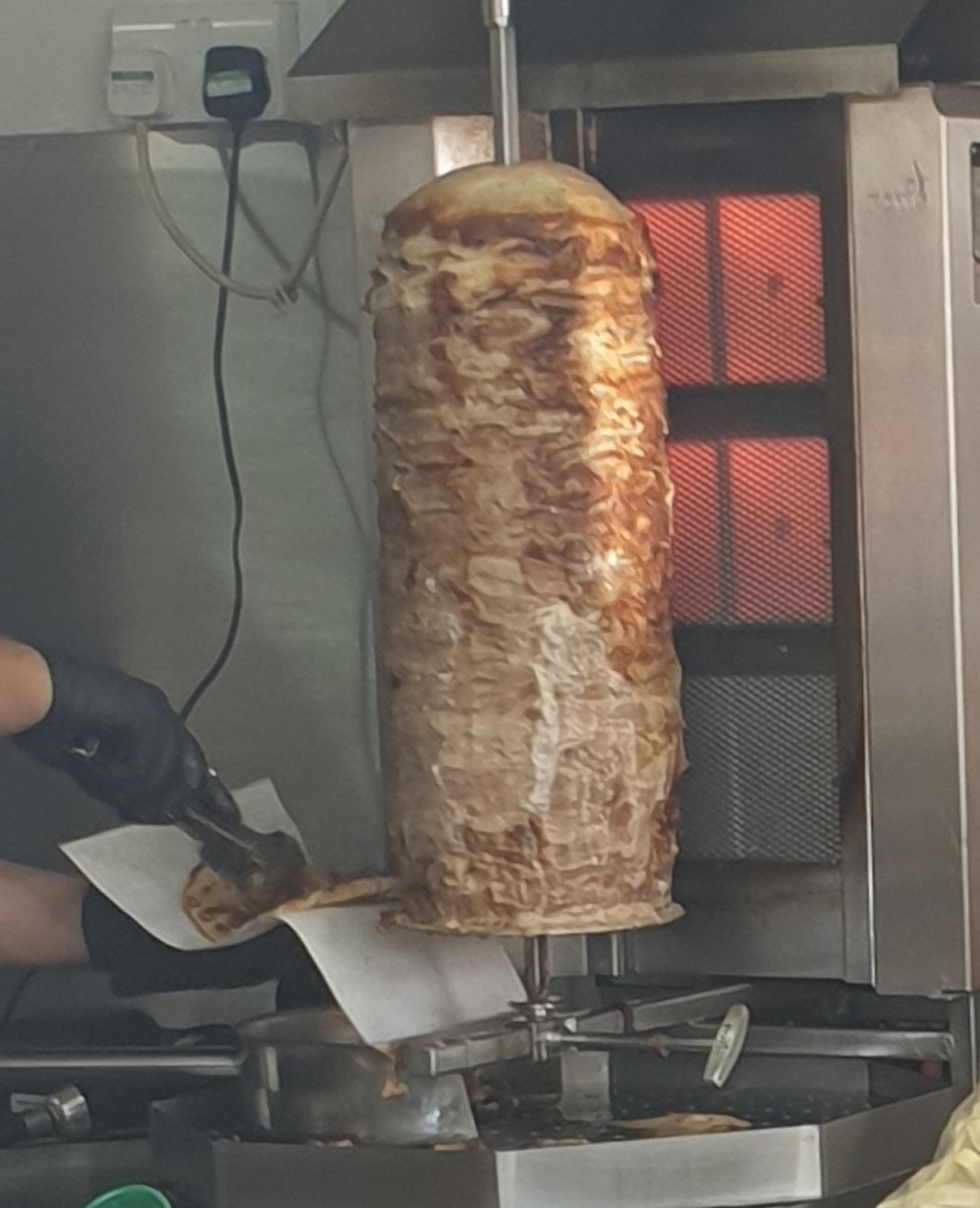 chips, salad veggies and tzatziki in a flat bread. If ever there was a stomach liner dish for a boozy night the gyro is it.

This brings me to Meat…ing Point (a pun title I would be proud of), who have taken over the unit (shipping container) at the beginning of Mermaid Quay (the one that use to house Gourmet Guru and before that Pizza Pronto) and are turning out gyros and other Hellenic classics from it.

Not much to say as it is a converted shipping container,

There is an outside area of sorts to eat in within, which is a bit of a sun trap if you nab a bench. Great on a good day, not so good if the heavens open.

Lots of nice aromas wafting off the various cooking appliances in play as I waited for my food.

The menu has a nice mix of skewers, stuffed wraps (souvlaki) and platters, with prices ranging from £2.50 for a single chicken or pork skewer to £30 for a belly busting (for a group or a monumental pig) “Mountain Plated” (missing a trick by not calling it “The Olympus” I reckon).

On my first visit, early evening (18.30 max) on a Wednesday to fortify myself before a Mystere Wine Club Tasting, I enquired as to a gyro but was told they sell out quick and I was too late for one.

I, therefore went for a souvlaki chicken (£5.00 – they only had pork or chicken left) 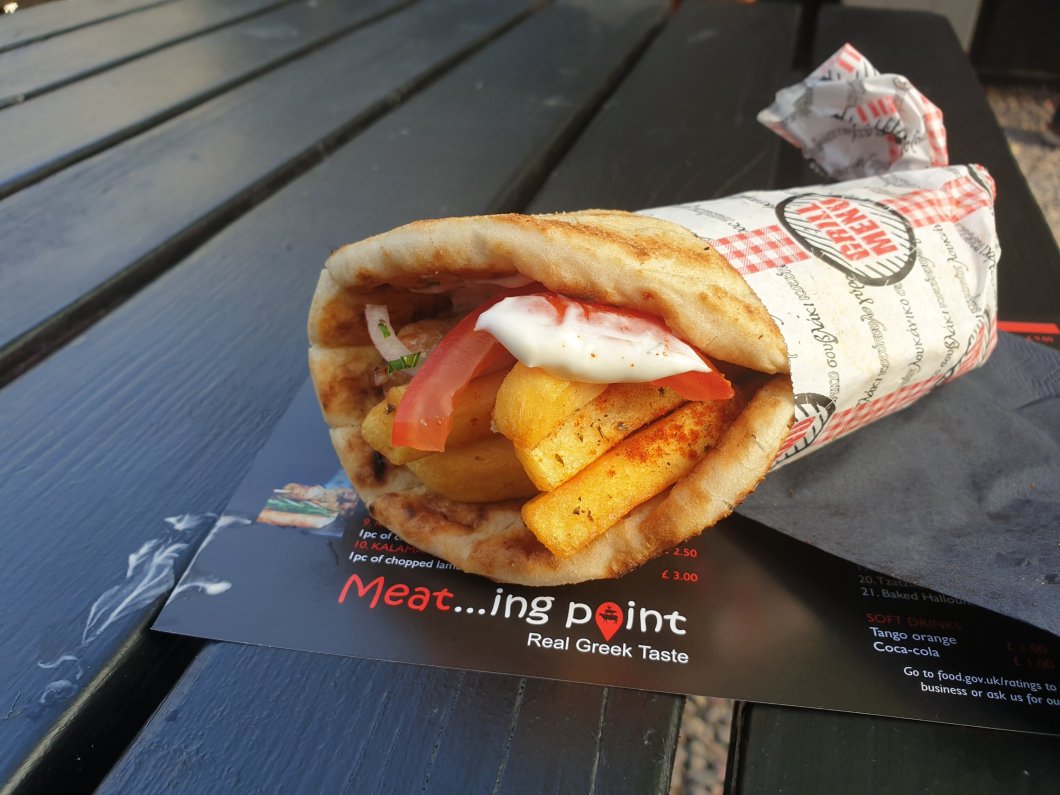 Fine looking beast this consisting of very nice tender cubes of well flavoured, juicy, chicken thigh (from a charcoal grill), crispy paprika coated chips, tomatoes, raw onion and a good dollop of tzatziki all tightly wrapped in a bronzed (not too thin or two doughy) pitta.

Easy to eat either on the hoof or at the on site picnic tables, it was a perfect meat and carb. combo to set me up for a night involving 8 Saumar – Champigny wines. 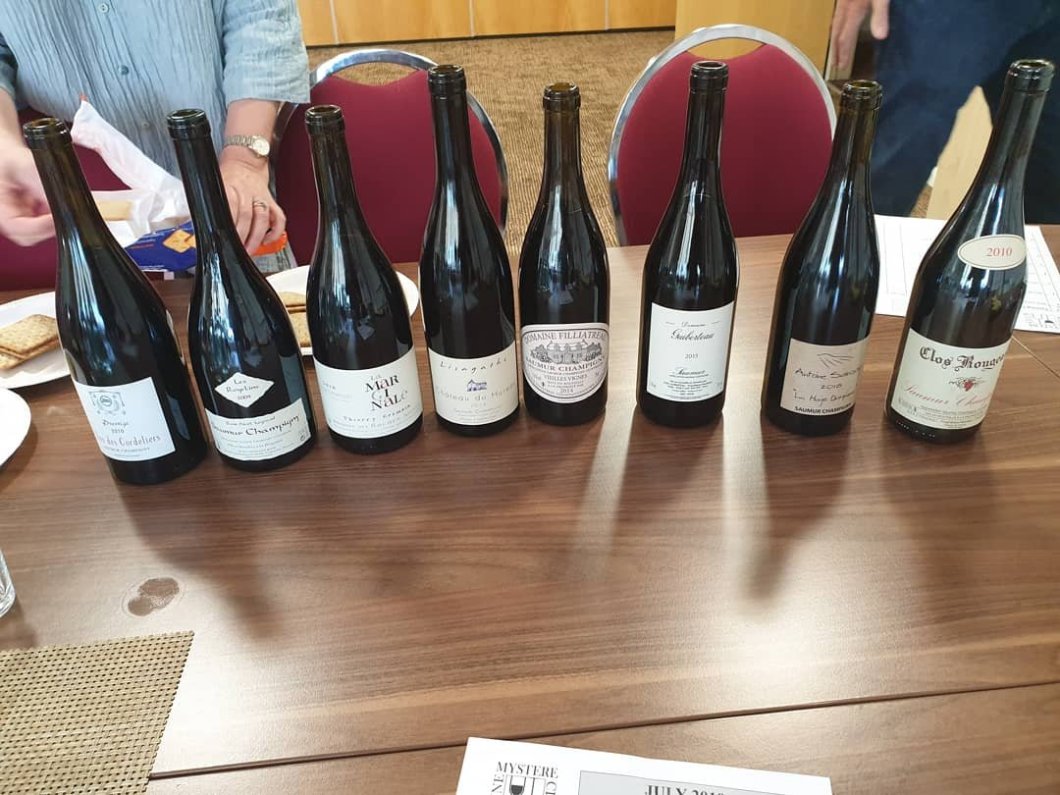 Still keen to have a gyro, a second visit followed, to obliterate the benefits of a walk down the Bay from work during my lunch break, and this time I was in luck (hence the Bonnie Tyler play on words “Holding out for a gyro” title). 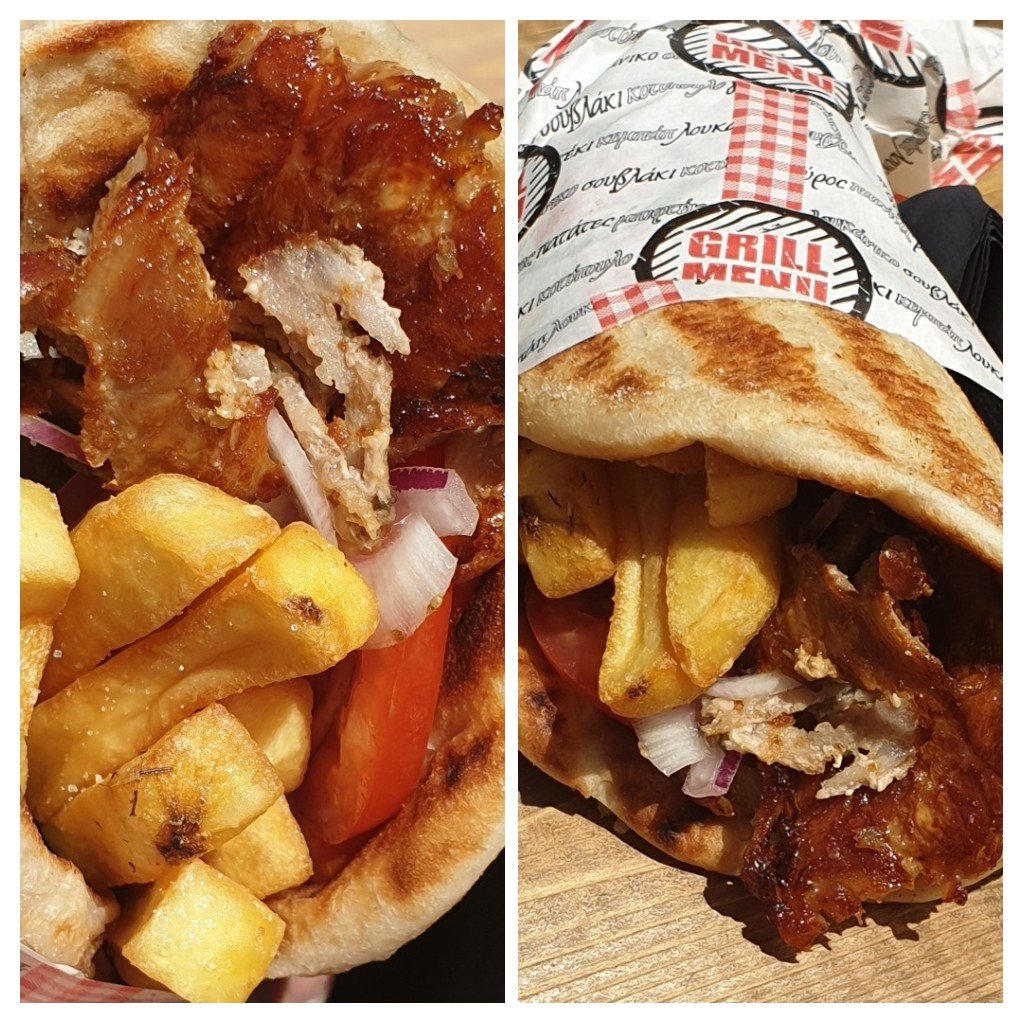 Personally I preferred the standard Souvlaki with the chargrilled skewered meat (the meat was juicier), but am sure others would go more for the gyros.

Been a while since the old Gourmet Guru unit has been put to use and I think this makes a very good addition to the Bay, especially if you are looking for a quick bite or something to soak up the beer/line the stomach during/before a night out.

Nice to have a new independent rather than a chain down that way.

Would I go back? Oh yes – really enjoyed both my standard souvlaki and my gyro. Great for me as gives me somewhere to get a quick bite to eat before a Mystere Wine Club tasting.

I do hope the seemingly never ending drainage works at Mermaid Quay is shorted soon. Wandering around, after my taste of Greece, it all seems to be a bit of a nightmare for businesses down that way.