There is a phrase (often used for food) that something is so good it is “to die for”. My experience of the food presented to me on a works do at Browns Bar & Brasserie, Cardiff was so unremittingly awful  I almost wished I had “died before” I’d eaten any of it so I would have been spared the horror. Ok a bit melodramatic I know, but it sort of sums up what was a deeply depressing meal. I actually wasn’t going to blog about this meal it being a works do, with work picking up the tab, but it was so awful I felt I had to.

As we were a large group of about 20 we were limited to the Large Bookings (saw you coming suckers, we can slap any old rubbish on the plate) Menu, which at £23 for 3 course (without irritating supplements) was far from cheap.

My expectations were very low, but were not even remotely met.

I choose, for my starter, the chicken liver and brandy parfait which was billed as coming with a rhubarb and tomato chutney and toasted cinnamon brioche. Parfait is French for perfect – this was anything but.

The portion was miniscule with the parfait tasting of zilch, being two tiny slivers of mediocrity. If there was brandy in it it was undetectable. The chef must have got bored, as the brioche (no hint of cinnamon in it – I was dubious about this so probably just as well) was only toasted (barely) on one side. Seriously, what cook can’t toast bread properly. The chutney was watery, insipid and tasted primarily of cheap vinegar. There was tomato in it, but no sign or taste of any rhubarb.

Everything including the plate was fridge cold where it had presumably sat for a fair few hours.

Next up was my main, which was advertised as 28 day aged west country rib eye steak served with anchovy butter, watercress, roasted plum tomatoes, baked flat mushrooms (note the plural) and chunky chips.

I asked for my steak to be done medium rare (it purporting to be a ribeye). I double checked with the waiter that it was medium rare when it arrived which they confirmed. What I got was a piece of tasteless meat that had been cooked to death and which was as tough as old boots. Medium rare it most certainly was not.

It had no flavour to it and the 28 day aging (mhmmm I wonder) had added nothing. This was a very poor quality piece of meat. The plate came with a comedy steak knife, but a hacksaw would have been more appropriate bearing in mind the toughness of the meat.

The tomatoes (oven roasted my backside) had never seen the inside of an oven being raw bar from a cursory bit of cooking through the cut side having had probably 10 seconds max. on a griddle.

If the menu says oven baked have the good grace to deliver what it  promises. The anchovy butter may have sat by a tin of anchovies at some point, but certainly has none of them in it. The mushroom (there was only one despite the plural on the menu) was so old and shrivelled it would have made Methuselah in his dotage look young and sprightly. It was left untouched.

The chips were dry and pappy on the inside and soggy on the outside. Quite an achievement to both overcook and undercook a chip. Everything lacked seasoning.

The watercress had morphed unannounced into rocket (tell me if what you are going to deliver is not what I ordered) which was ok and by far the best thing on a dismal plate of food. For this dross, a £5 supplement was levied (does this practice annoy anyone else – if it is a fixed price then that should be the price – no ifs no buts).

Onion rings lacked onion, being mostly batter that tasted of old oil, but otherwise were just about edible.

Someone ordered garlic bread, which was predictably awful being cold and distinctly ungarlicky. Again this was generally barely toasted and only on one side. 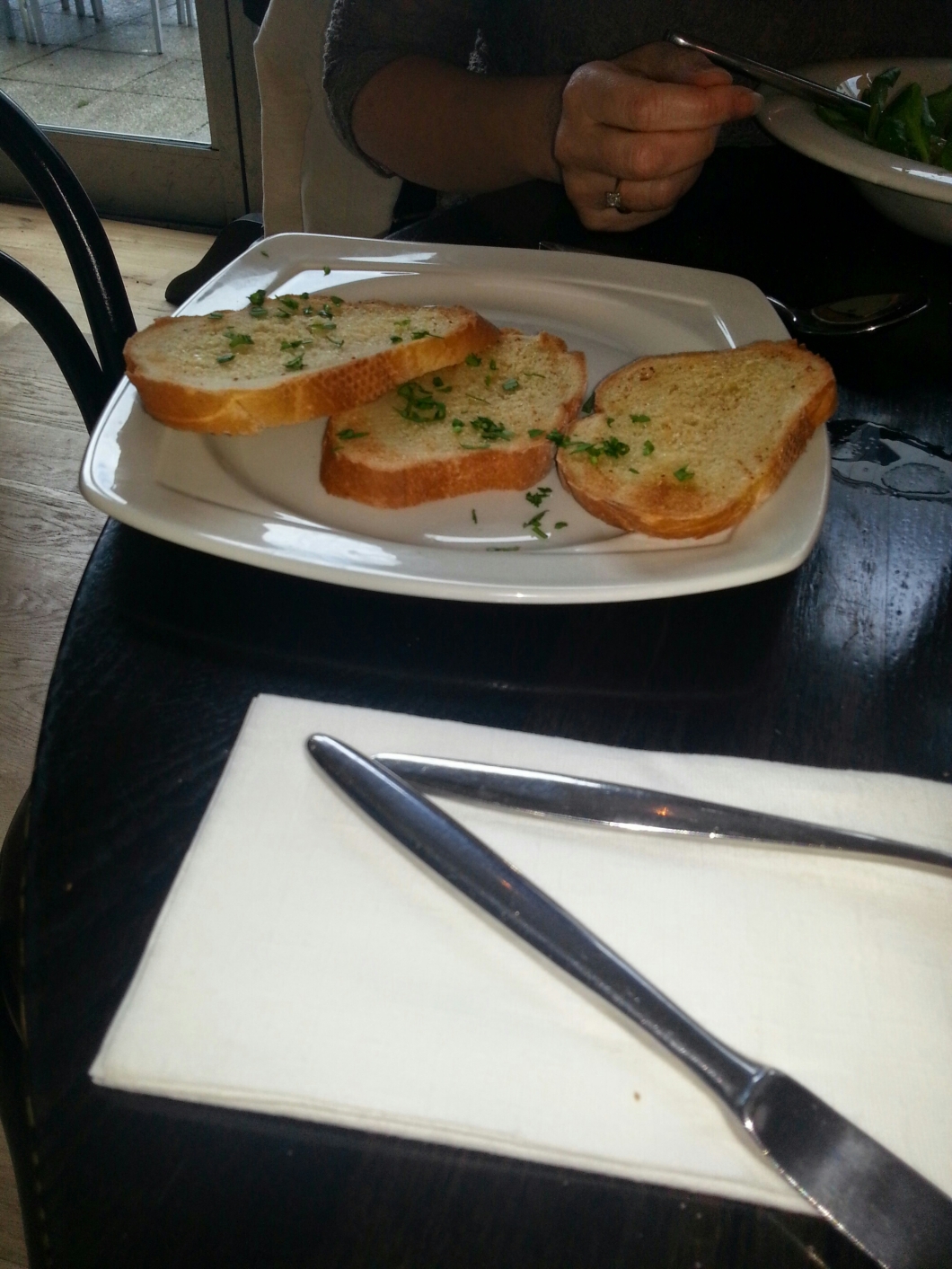 For pudding I had what was described as salted caramel cheesecake with a caramel and lime sauce. This was something Iceland (the food store rather than country) would have been ashamed to sell and again lacked advertised features (no detectable lime flavour in the sauce or saltiness to the caramel) and had an unpleasant synthetic texture and taste to it. Mine had about 1/2 of a tasteless strawberry with it – why it was there was beyond me.

I was not alone in my misery as a large proportion of our party were underwhelmed to say the least, especially those who had the very fishy smelling seabass (which would suggest it was not the freshest).

No one bothered to ask us about the food even though loads of plates were taken away with a lot of food left on them.

If I had been with Mrs. SF or paying my own money for this I would have complained at the time vociferously, but being with a large group who didn’t want a row, it not being my show and with someone else paying I held my tongue.

Rubbish ingredients, badly cooked made for a truly dreadful meal. Should I have sent mine back ? As I would have no doubt just got an equally bad plate of food which I would also have left, what would have been the point. I only ate what I did as was starving and was out for the night. It cost me nothing as the firm paid, but my meal cost (without booze) someone (thankfully not me) £28. This, at about £28 more than it was worth, represented truly awful value for money.

Some may say it was a large group, what did you expect – well at £28 a darn sight more than I got. Perhaps a smaller group would have fared better, but if you can’t cater for large parties don’t pretend you can.

The only vaguely redeeming thing was there were some interesting wines (like Gruner Veltliner) on the list which were reasonably priced. We had bottles of a perfectly nice Albarino, a Gavi di Gavi and a Los Vasco Chilean Cabernet Sauvignon of which I consumed a lot to assuage my misery at the food. Oh and my espresso coffee was ok.

It pained me to have written this as I like writing about good food and nice things not horrible things, but food this poor is just wrong.

Would I go back? Nope. 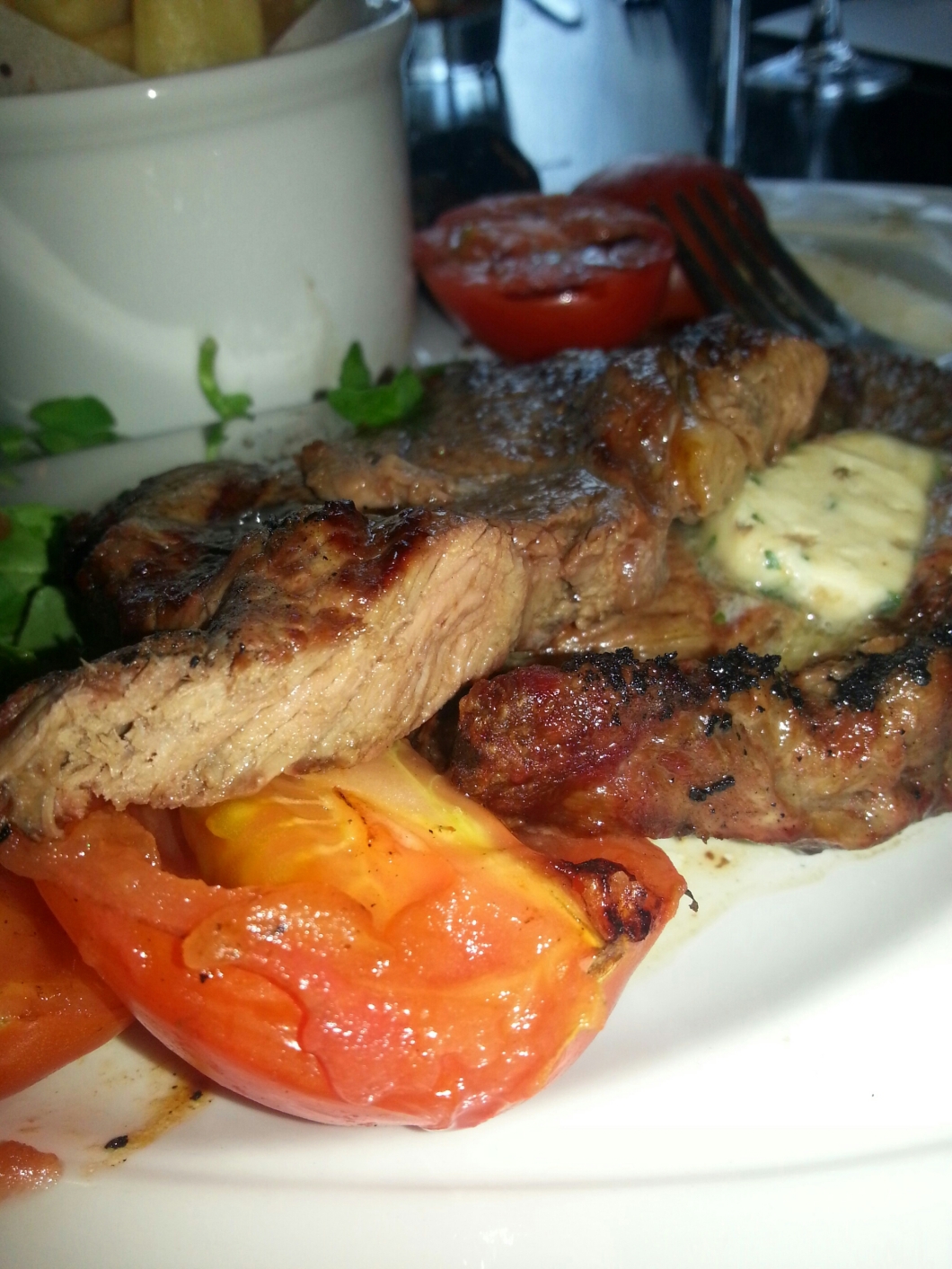